Montessori: An Education For Peace 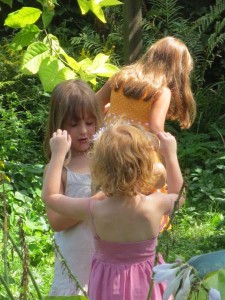 Maria Montessori was Italy’s first female physician and through her practice, she gained insight into child development that was far ahead of her time. She believed that there were universal tendencies in human psychology which, if properly nurtured through a constructivist approach to knowledge development, would produce a new type of citizen who was able to care for both themselves and their environment. Unlike most traditional approaches, her method of educating very young children is rooted in a fundamental belief in the natural human desire for industry and an understanding that the knowledge a person acquires in their first years will steer the course of their life for the duration.

The first Casa dei Bambini (Children’s House) opened in 1907 in one of the poorest areas of Rome and within two years, it became a centre of interest for international pedagogical enquiry. Out of her philsophy of human development grew the Montessori educational method which emphasizes self-construction, liberty, and spontaneous activity. She broke down child development into four planes, each three years of a child’s life in length, beginning in the child’s third year. In response to the “sensitive periods” which she believed were universal experiences that had to be fostered to thrive, she developed the prepared casa environment and apparatus which facilitate knowledge construction in the areas of sensorial, math, language, cultural studies and most importantly, practical life skills acquisition.  In keeping with her notion of “the absorbent mind”, the primary casa is characterized by the notion that a young child will effortlessly assimilate the sensorial stimuli of his or her environment, incorporating information from the senses, language, and culture. She believed that this is a power unique to the first plane, and that it fades as the child approaches age six. (Montessori, M. The Absorbent Mind). The second, or elementary, curriculum is more “cosmic” in scope and focuses on enabling children to make connections between themselves and the larger universe, corresponding with the child’s widening gaze. Our programmes endeavour to remain as true as possible to Montessori’s original philosophy, while making the allowed for adjustments to the cultural context in which it is presented.

Maria Montessori was a woman of her times who believed that educating children in a different way would provide the gateway for a much-needed new world order. Europe was torn apart by war twice during her lifetime and she devoted her life’s work to the belief that if children were allowed to develop according to their own inner sense of order, this would give rise to a more peaceful and enduring civilization.

At The Orchard, we truly believe that Montessori represents an optimal standard for educating children to be self-confident global citizens. For this reason, we have set the school up to provide an uncompromised Montessori curriculum. That curriculum, delivered in both English and French, with its prescribed three-hour work cycles (one in the morning and another in the afternoon) means a slightly longer day than other similar schools, with arrivals at 8.15 am and dismissal at 4pm. The entire work cycle is therefore preserved to allow for the necessary concentration events to occur. In addition, time is built into the day to permit unhurried transitions through conference, lunch and outdoor refreshment. Younger children are allowed to opt in to a half day program but we suggest that by the child’s second year, the most benefit is received from full day attendance.

Finally, it is worth explaining the importance of entrusting the casa environment to the stewardship of the children who are responsible for keeping it. They are the guardians of their work and self-development. The children will host their parents for open houses in the fall and spring and parents are also most welcome to attend the larger community environment of the school but it is essential that the casa environment and the work that is done there remain the exclusive domain of the children.

If you are unsure of whether Montessori is right for your child, please contact us to discuss a tour of the school. You may also find the following animation by Trevor Eissler of interest in explaining how Montessori differs from traditional approaches: