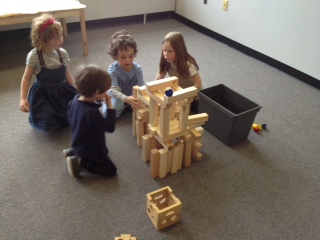 Last week’s after school science class was called Balance and Stability. We incorporated yoga, teamwork, mathematical ratios, cantilevers, spirals, justice and marshmallows into our one hour lesson. The children were given a special presentation of the Roman Arch work from the classroom by Melody. They also explored various shapes to determine which were the most stable using spaghetti and marshamallows (in this case, the triangle worked best). Then they divided into teams to build a “better mousetrap”.  They decided the most important design consideration was to ensure the mouse was removed from the house without injury. Once each team had built theirs, they reviewed each other’s work and talked about aspects of both designs that could go together. In the end, they came up with the brilliant yet simple solution: a tunnel with a trap door in flush mounted to the inside wall which exited in another location outside the house. 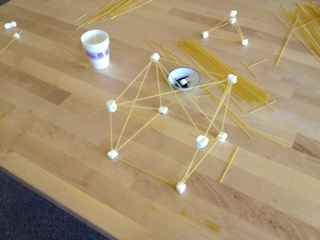 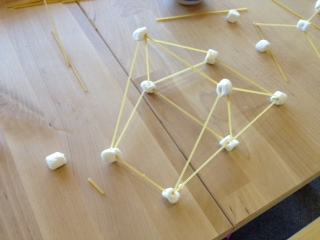